Ulises Ferragut has been admitted to practice law in the State of Arizona, the United States Federal District Court and the United States Court of Appeals for the Ninth Circuit. Mr Ferragut has successfully litigated hundreds of criminal cases over the past two decades in numerous courtrooms throughout Arizona.

His outside the box strategies and relentless fight for his client’s rights are well-known and respected in the legal community.

Ulises Ferragut has been covered in many high-profile cases over the last 20+ years, but one particular case is worth mentioning, above and beyond all of them in regards to human rights and here it is: in 2004 Mr. Ferragut filed a lawsuit on behalf of inmates at the Maricopa County Jail whose rights were being violated by the Sheriff’s Office. He successfully sued the Sheriff’s Office for placing non-security video cameras in non-public areas of the Madison Street Jail that continuously broadcast images over the Internet. The images were of inmates as they were searched, fingerprinted, booked, slept and even as they used the bathroom.

The Ferragut Law Firm is a top rated criminal defense law firm based in Phoenix Arizona, exclusively dedicated to the practice of criminal law in all state, federal, and city courts throughout the State of Arizona.

Should you choose to hire The Ferragut Law Firm, you will receive the best possible results through the firm’s intense focus, attention to detail, and aggressive advocacy, while maintaining the highest level of professionalism, integrity, and ethical standards.

You’ll be hiring a firm that is committed to providing you with the most aggressive, professional, and effective representation. All clients accused of crimes are ensured that their legal rights will be protected and the best possible results will be achieved.

Important update regarding Rule 32 Post Conviction Relief (PCR) in Arizona: I get a lot of people asking me about Rule 32 PCR in Arizona because they feel they were mistreated or not represented properly in court. The thing that's really important to know is this: if more than 90 days has passed since your conviction, you have also passed the date that you can file for Post Conviction Relief. The court will not accept requests after the 90 days have passed. So please, if you know you're going to make this request from the court, do not put it off. This is something that you will need an attorney for. As I state in the video on my website, courts don't grant PCR easily. You'll need to have very good reasons as to why you're filing and for them granting it. The court needs to be briefed properly on your case and your attorney will need to be extremely convincing regarding why you should be granted your PCR petition. See the video on my website for additional answers to Rule 32 Post Conviction Relief questions and please feel free to call us to schedule a free consultation if you have further questions. I'll be happy to help in any way I can. 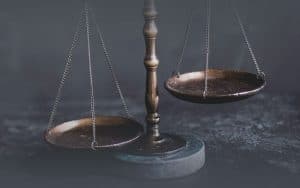 Facing jail or prison and looking for a really good post conviction relief (PCR) lawyer in Arizona? Get a free consultation with us. Call 602-324-5300 today
ferragutlaw.com