Thomas Carver of Carver, Cantin & Mynarich has practiced law for over 43 years and has represented nearly 300 clients in federal criminal cases. His portfolio includes representing defendants in a number of capital murder prosecutions to sophisticated white-collar criminal indictments to drug and sex crimes. The firm’s trial practice encompasses litigation in all of the counties of southern and southwest Missouri as well as in the federal district courts of Kansas, and Western and Eastern Missouri.

Thomas Carver has petitioned the United States Supreme Court for review of lower appellate court decisions on numerous occasions and has argued cases in the Missouri Supreme Court, the United States Eighth and Tenth Circuit Courts of Appeals on several occasions. Overall, he has represented clients in no fewer than 70 appeals in state and federal courts. Many lawyers spend their entire professional career without representing a client in an appeal. Participating in over 70 appeals speaks to his expertise and the trust that clients place in him. Thomas Carver is a recipient of the Robert Duncan Award for Appellate Excellence and for many years has been named to the annual listings of Best Lawyers in America and Kansas/Missouri Super Lawyers. On two occasions, 2013 and 2015, he was named lawyer of the year in southwest Missouri in the area of white collar criminal defense.

Tom Carver is on the board of directors of the Springfield Metropolitan Bar Association (SMBA). He is also a past president of the Missouri Association of Criminal Defense Lawyers and early in his career was twice elected to the Missouri House of Representatives.

A bankruptcy law firm or attorney knows that this is not the easiest area to handle and negotiate. Whether you are helping businesses or individuals deal with Chapters 7 and 13 of bankruptcy, this is not an easy area of law to be in. If you are a bankruptcy lawyer or law firm looking to grow your business, then this is probably the best time in history to do so. Faced with a natural disaster like the COVID-19 pandemic, millions of businesses and owners are looking to protect their personal and financial interests and file for bankruptcy. The question which then arises is- how are you going to reach those businesses and owners and convince them to sign you? In this article, we are going to discuss some important points about Bankruptcy Attorney Marketing. If you are someone who is struggling to sign more clients or register awareness, then you should read the article till the end. 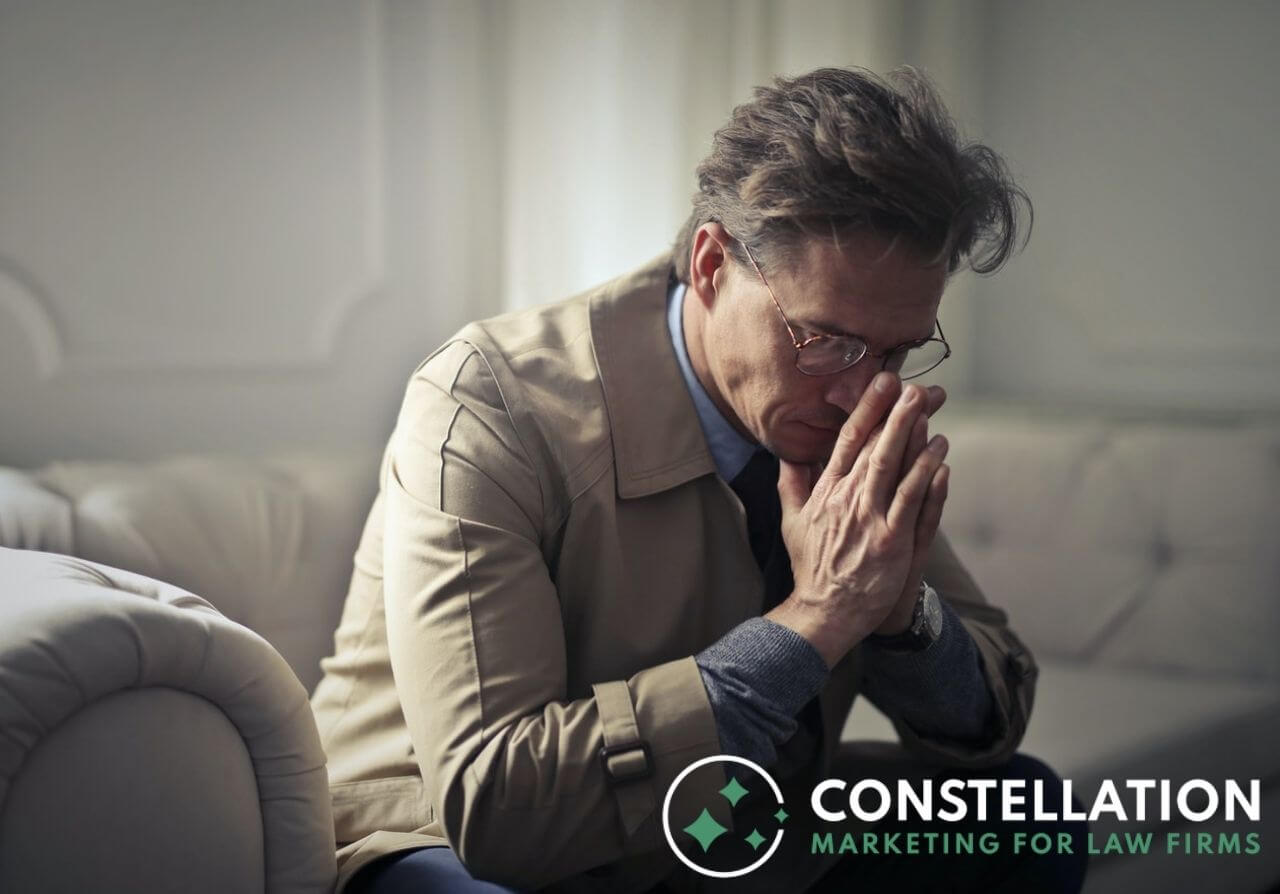 Digital marketing strategies have proven to be a boon for businesses looking at growth and performance. It has helped them reach target audiences, win more clients, improve sales processes and generate revenues. While many think of digital marketing as a homogeneous field of exercise, this is far from the truth. One industry that has been late to jump on the digital marketing bandwagon has been the Legal Industry. Lawyers and law firms that have traditionally depended on word-of-mouth marketing were the last ones to start pursuing digital marketing. However, in the last few years, lawyers and law firms have been active in creating websites, pursuing SEO, and engaging the services of specialized agencies that offer Law Firm Marketing. In this article, we are going to help lawyers and firms that offer DUI help and services to individuals. Specifically, we will try to shed some light on DUI Attorney Marketing by listing down some major strategies that can help them grow their practice. 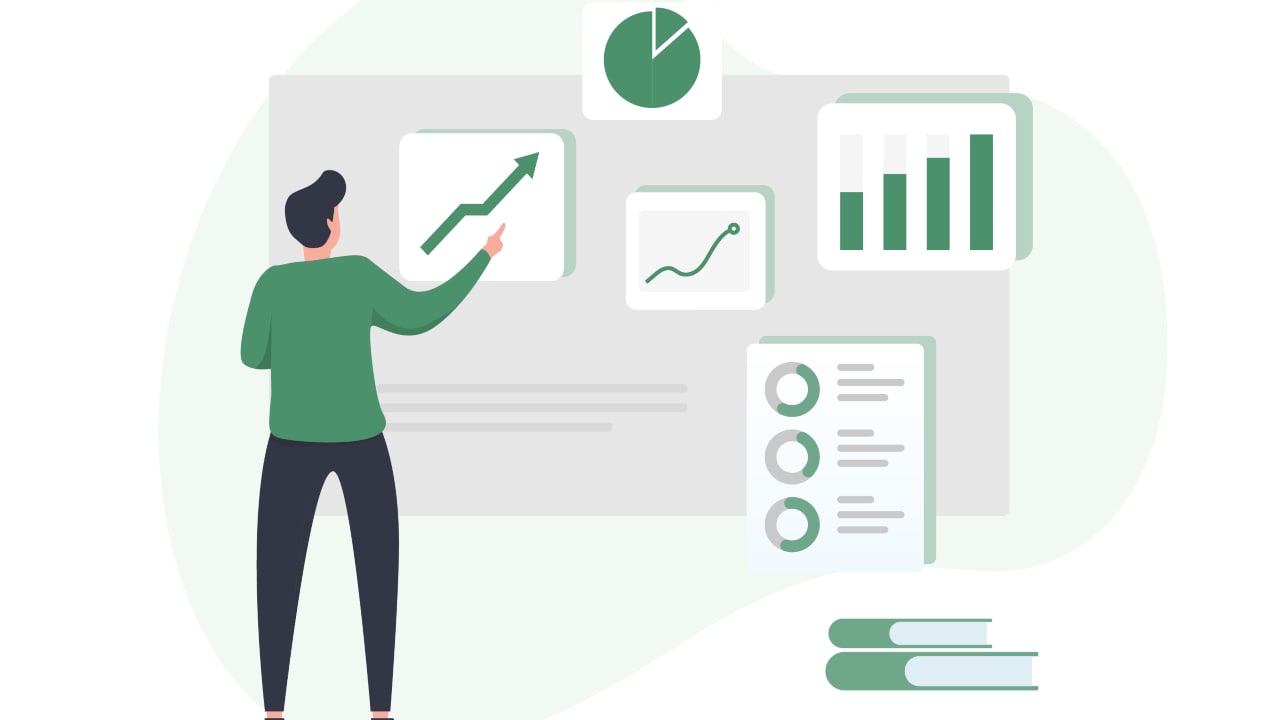 In the last few years, a lot of emphases has been placed on Elder Law. As a legal practice, this niche has grown to encompass several important verticals that include- Adjudicating settlements and lawsuits on Nursing Home Care Creating Wills, Power-of-Attorneys and Estate Planning agreements Fighting Pension Cases and other Senior Entitlements Arguing against Age-Based Discrimination and Neglect Deciding and Fixing Guardianship and other Administration issues With individuals and families becoming more aware of settling assets and finances in their lifetime so as not to trouble their children, this field of law is growing at an alarming rate. However, marketing a law firm that specializes in Elder Law is not easy. It requires some distinct strategies as compared to a personal injury lawyer or a divorce attorney. 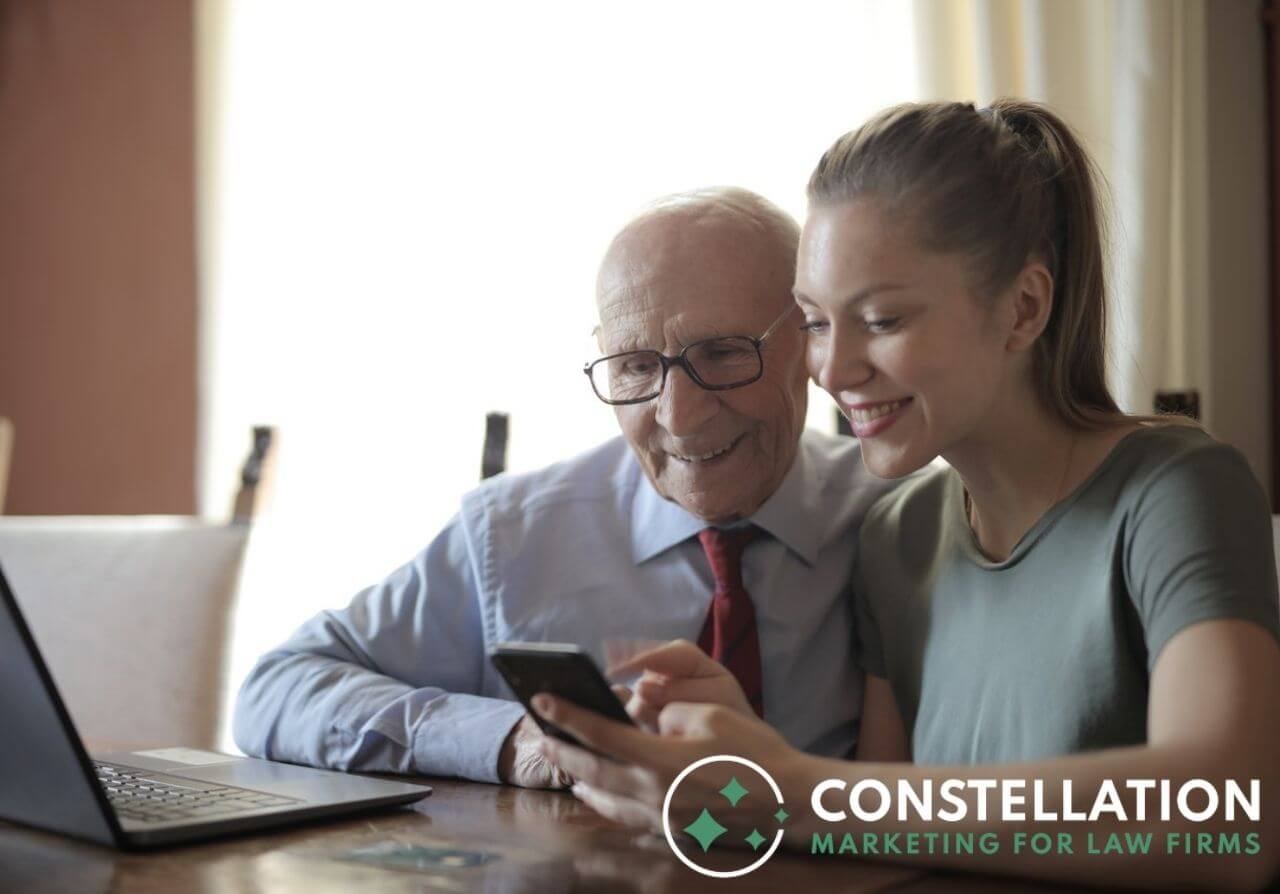 How to Get Ahead in Elder Law Marketing: A Guide for Attorneys and Law Firms - Constellation Marketing

Number of seniors will increase over the next years, they are going to need help managing their finances. Get ahead with Elder Law Marketing.
goconstellation.com

Creating a beautiful website is not enough to get more clients in 2021. You need someone who can hold your hands and take you through the entire process of scaling your firm and help you face the challenges that come with the process. Scaling your business is not an easy task. Even after having the right tools and resources, you might find yourself far away from reaching your goals. This is because it takes much more than just tools and individuals capable of using tools. To truly become successful in Estate Planning Marketing, you need: The right strategy. The right mindset. The right support. The success and the growth of Estate planning law firms depend on getting consistent clients. Clients who trust your counsel, who look to you for the solution, and value relationships. This is where we come in, offering the right strategies to get more clients for your business. 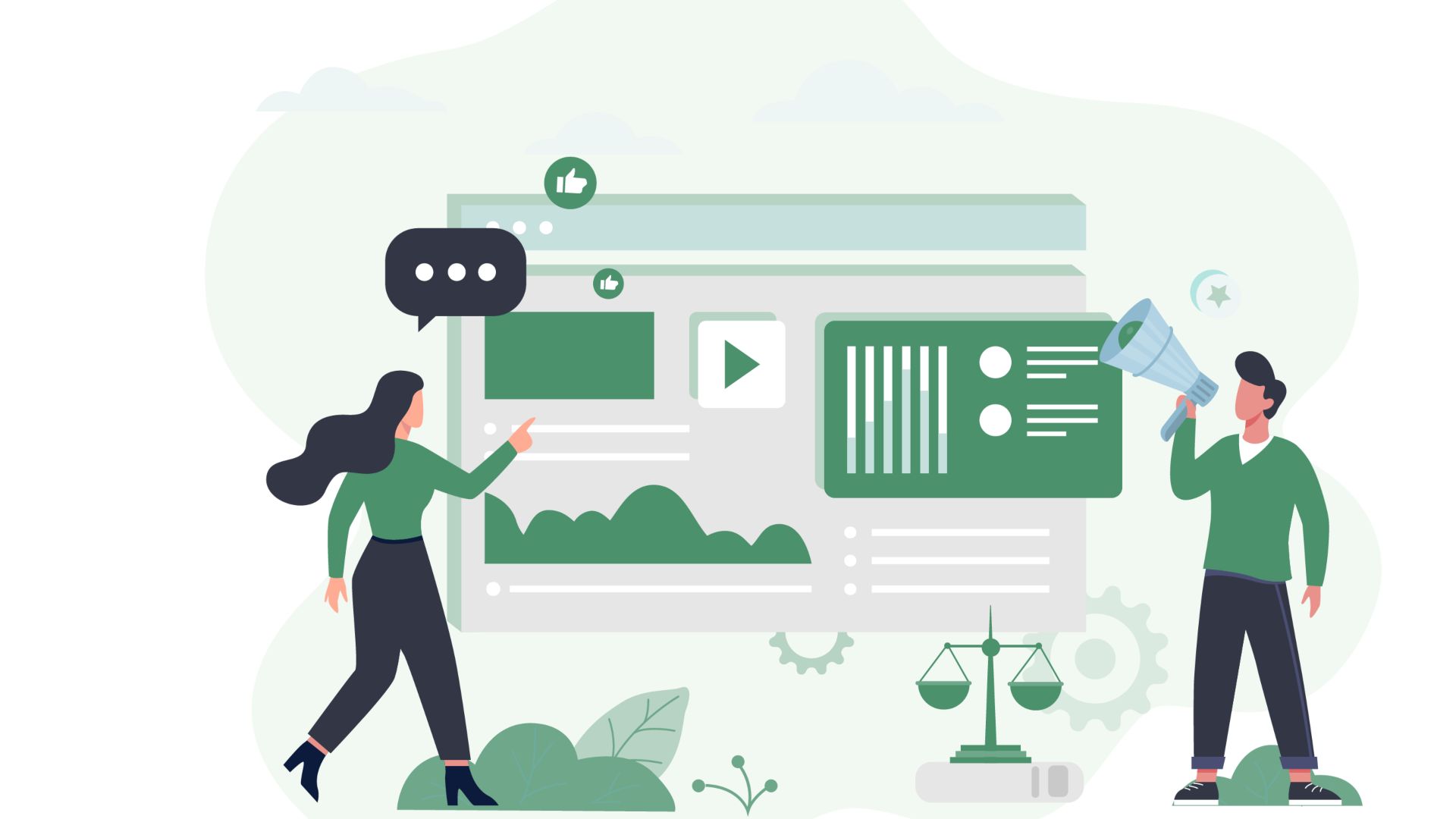 Estate planning is a challenging industry it involves assets, properties, and finances = a lot of money. We will discuss marketing solutions for your business
goconstellation.com

You might be the best criminal lawyer in the town, but if your competitors are better than you online, there is a high possibility that they will get more clients than you. So when people face a crisis, the first thing they do is look for reliable lawyers on the internet and prefer seeking help from top-rank results. Seeing how more and more people are relying on the digital platform to seek legal help, it is of utmost importance that you also start building your business online. That said, you cannot get clients or potential customers just by going online. You need to have the right strategies to make your business stand out from the rest. While you are running Criminal Defense Marketing campaigns, you need to be specific and clear about what you bring to the table so that the visitor won’t feel the need to continue their search. 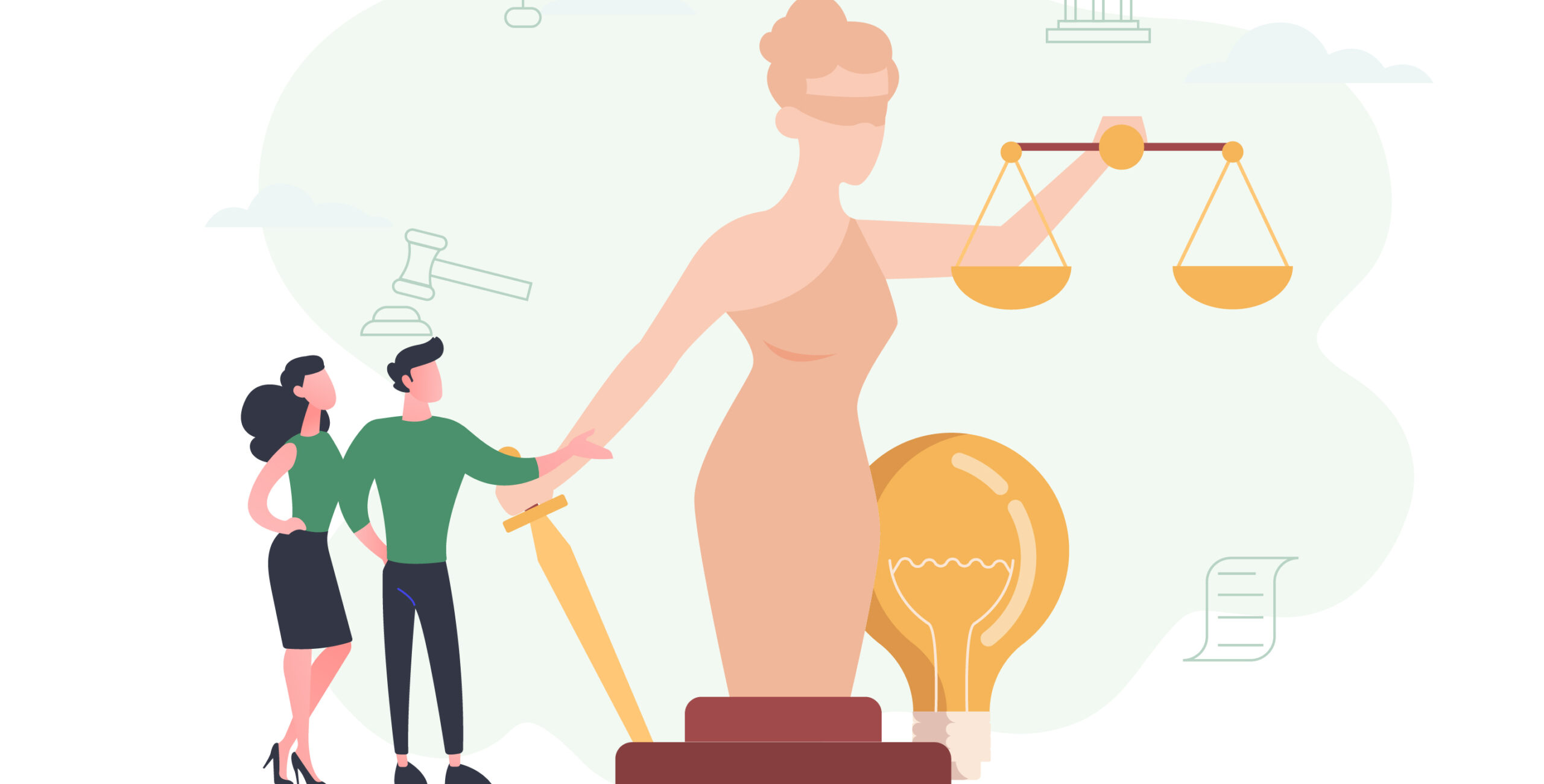 SEO For Personal Injury Attorneys: How To Get Started Introduction Whether it is in the courtroom or getting new clients, lawyers are always looking for an edge over their competitors. Competition among personal injury lawyers is always fierce because of the limited pool of clients. A limited pool of clients means every other personal injury lawyer is trying their best to get their hands on the same client you are aiming for. This is why you will see more and more search ads popping up on your screen. With that being said, digital marketing has taken over traditional marketing for law firms. So if you are a lawyer looking for potential clients, you need to run Personal Injury Law Firm Marketing campaigns. Digital marketing is a vast field, so covering all the marketing options is not possible in this text. So, we have picked one of the cost-effective methods to market your services. Follow the link to learn more. 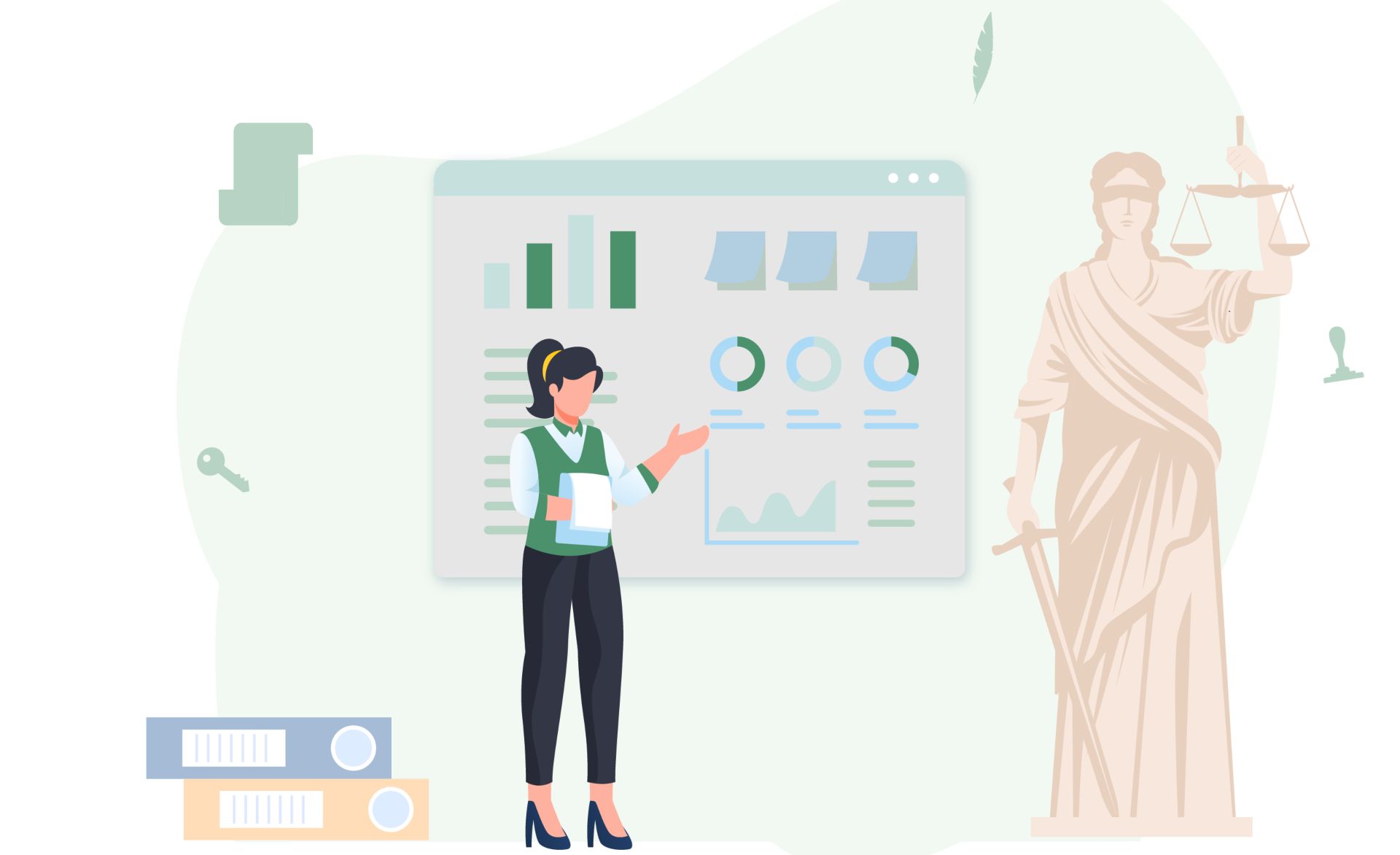 You will learn the best legal marketing strategies to help attorneys or law firms acquire more personal injury clients from the Internet.
goconstellation.com

Introduction Today, there are more mature and well-established marketing channels for divorce attorneys to generate more lean and maintain consistency with the clients. One of the marketing channels that have been quite effective in the last couple of years is Google Ads. Google Ads is now one of the most effective sources of generating high-quality leads through Family Law Marketing campaigns. The key factor that makes Google Ads one of the most practiced marketing strategies is that it allows law firms to achieve results quickly and cost-effectively. This article will discuss all Google Ads and how they can be used by divorce and family lawyers to generate more leads for theory business. Google Ads ForDivorce Attorneys You might know it, but Google is one of the biggest platforms to market your brand. It has multiple channels covering all kinds of marketing campaigns. Here is a list of advertising services that you can enjoy from Google. Video Ads. Display Ads. Search Ads. Shopping Ads. Smart Ads. Locals Ads. In-App. Discovery Ads. All these ads cover all the requirements for every business type. However, you must select the right Ads type for your business. Some of the options- such as shopping - might never be applicable for local businesses like your divorce law firm. If you are a divorce attorney and want to run some ads to generate more leads, perhaps the following Google ads will make more sense. 1. Search Ads Search ads are the advertisements that you can see on the search engine result pages. These ads are pretty simple and text-based and are designed to look like simple organic listings. The only way you would be able to tell any difference between an organic listing and an ad is by a small “Ad” badge next to them. For years, Google search ads have been an effective and efficient way to secure ranking on the first page. Although we cannot say ranking, it sure does look like that. 2. Locals Ads Locals are similar to search ads, with the only difference being the intent of the keywords. Local ads target particular keywords that represent a particular region. A search ad is like an organic listing, and the only call to action button is to click them. But with local ads, you get a plethora of options. Website. Direction. Call Button. Images. Contact details. Ratings. Customer reviews. With the local ads, users can click any of the buttons to know more about the business and services it provides. 3. Local Service Ads These are the newest addition to Google ads and give a new perspective to the audiences. Local search ads are shown on the search result page with images. Local service ads are not shown along with the local ads. It comes with an either-or situation and takes priority over the local ads. Local ads can be run through simple steps, but to set up local services ads takes weeks. As it is a services ad, it needs to go through verifications and background checks. This ad feature is still in the initial phase, so you can expect to see new improvements. Writing Text Ads Just running a Google ad will not ensure your high-quality prospects; to get high-quality prospects, you need to be creating with what you offer. So here are a few elements that your Ad needs to have. Your Experience. What you offer. Your unique ability to solve problems. A Call-to-action button. We also recommend you take advantage of all the ads extensions. This will allow you to represent yourself via Google ads better. Conclusion Google Ads established itself as a mature marketing platform for businesses. Not only it offers several tools but also marketing channels for businesses to succeed online. Divorce attorneys can use Google Ads to their advantage and gain more quality leads. However, while you are running any Google ads, there is one thing you need to keep your eye on, CPC (Cost Per Click). CPC is important to evaluate the KPIs and predict the success of the ad campaigns. 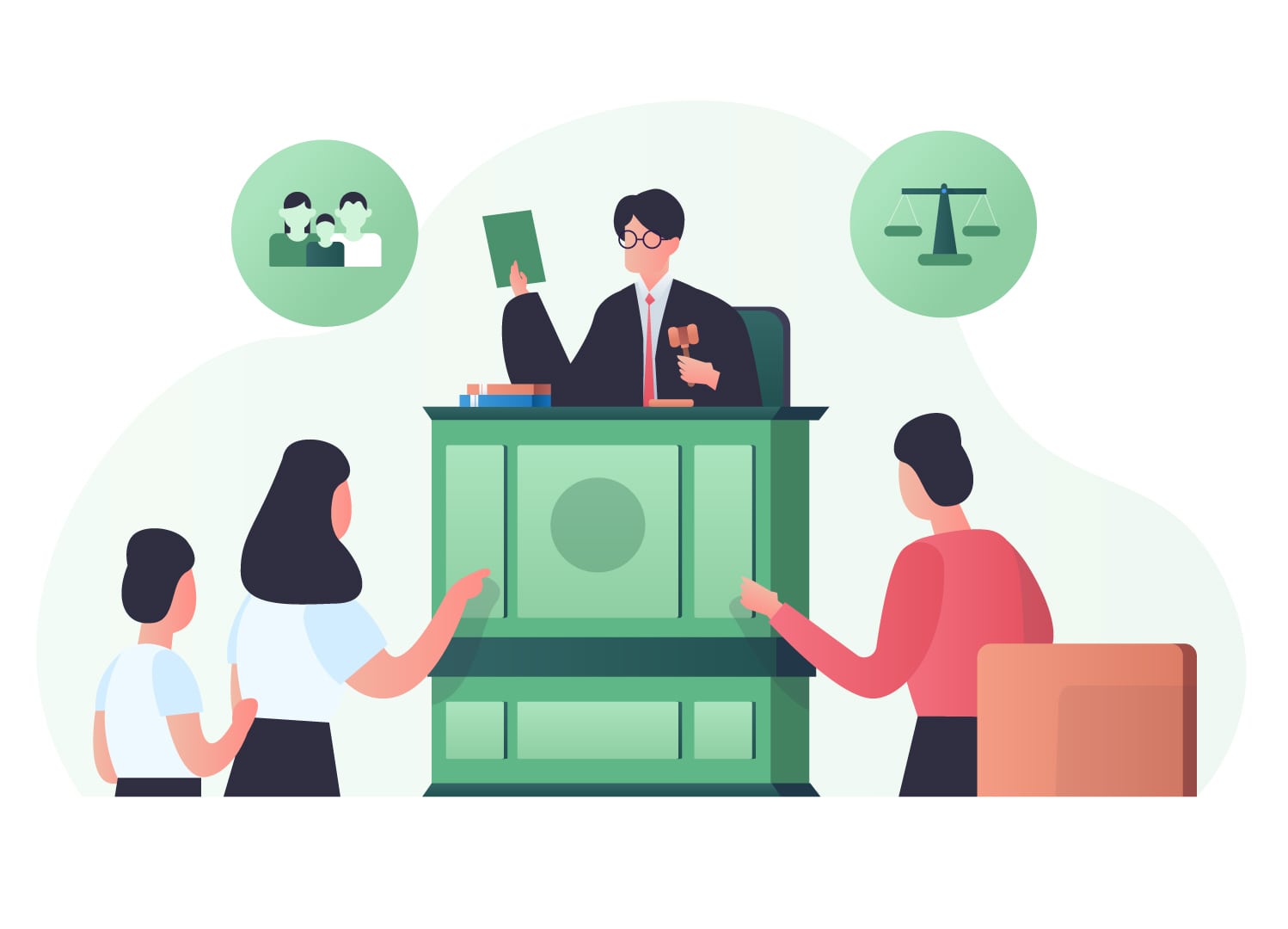 Get the divorce and family law marketing strategies that will catapult you from inconsistent to sustainable growth for your family law firm.
goconstellation.com